A time for reckoning and healing

Psychologists have a role to play in addressing inequities and achieving true systemic change.

Police brutality may be what sparked a wave of protests across the United States and beyond, but the “racism pandemic”—the term applied by APA President Sandy Shullman, PhD, for the ongoing harm caused by racism—runs far deeper.

Today’s inequities, psychologists say, are deeply rooted in our past and the status quo is no longer acceptable. “Every institution in America is born from the blood of white supremacist ideology and capitalism—and that’s the disease,” says Theopia Jackson, PhD, president of the Association of Black Psychologists Inc. (ABPsi).

Across the country, there’s talk about what it would take to achieve true systemic change. Psychological research, treatment, and leadership can and should be a key part of the solution. But that requires taking a hard look at how the field has overlooked—and even perpetuated—racial injustice in the past, psychologists say.

APA is addressing the issue on three levels: by broadly communicating psychological science on bias and racism, including through media interviews, blogs and podcasts; by developing actionable recommendations through an APA presidential task force related to racial disparities in policing and police-citizen encounters, particularly related to the black community; and by working to dismantle institutional racism over the long term.

That work will rely on extensive input from APA members, a process that started with a series of virtual town halls launched in June. Members’ priorities include establishing a racially diverse psychology workforce and more effectively translating research insights into action.

Psychologists have a role as activists in their own local communities as well. They can make their voices heard by contacting their lawmakers, volunteering for a cause or candidate, raising their voices on social media and more.

“APA has a long history of taking a stand on these issues, but we also know that we have our own issues as an association and as a field,” says APA CEO Arthur C. Evans Jr., PhD. “We have to look at our role as a discipline in perpetuating some of the things that are being protested. That has to be a part of our commitment.”

Among those working to end racial injustice, a source of both hope and frustration is the strong body of research that psychologists have built on racial bias, discrimination, and intergroup relations.

“We have the science already, but nobody knows about it,” says BraVada Garrett-Akinsanya, PhD, a clinical psychologist based in Minneapolis. “And we’re not using it to change the culture around us.”

That science includes insights on the culture of policing, such as a study led by Jennifer Eberhardt, PhD, professor of psychology at Stanford University, that reviewed body camera footage and showed that police officers in Oakland, California, treated black people with less respect than whites (Voigt, R., et al., PNAS, Vol. 114, No. 25, 2017).

Such findings can help shape officer training programs, which should include guidance on how to demonstrate respect in a cultural context, says Garrett-Akinsanya, who contracts with the Minneapolis Police Department on issues of bias, critical incident support, and mental health. For example, eye contact is seen as respectful in some cultures and disrespectful in others.

Other well-established psychological principles, such as the concepts of implicit bias and intergroup relations, should also inform the training and evaluation of law enforcement officers. The Minneapolis Police Department requires its officers to complete 21st Century Policing training (PDF, 20MB), which includes a three-day workshop and annual refresher courses. But there is still room for improvement, says Garrett-Akinsanya, particularly through drawing on psychological research on respect, bias, and intergroup relations in a more intentional way. She now works with the department to integrate additional learning, increase accountability, and normalize the use of emotional support for officers.

Participants in the first town hall in the webinar series also emphasized the importance of using psychological science to define terms such as “racial justice” and to break down the many complex factors at play when a racist act is committed.

Last year, APA’s Council of Representatives approved an initiative titled “Hate Hurts: A Public Education Campaign to Address and Eradicate Racism, Discrimination and Hate,” introduced by Garrett-Akinsanya, J. Bruce Overmier, PhD, of the University of Minnesota, Dina Birman, PhD, of the University of Miami, and former APA President James Bray, PhD. The campaign’s work group is cataloguing and distributing literature and tools on racial bias to psychologists in a variety of contexts, including instructors, clinicians, and school and organizational psychologists.

“Psychologists in the field need ammunition to fight racism,” Garrett-Akinsanya says. “And psychology has those answers.”

Bringing people of color to psychology

Though African Americans make up 13% of the U.S. population, they represent just 4% of the psychology workforce, according to 2018 data from APA’s Center for Workforce Studies.

“This discouraging statistic tells us that there is a problem in our field in academia, of attracting and retaining students of diverse backgrounds, in particular African Americans,” says APA President-elect Jennifer F. Kelly, PhD. “What this ultimately results in is an access problem.”

For years, Kelly was the only African American psychologist in Georgia who was board-certified in clinical health psychology, an especially important area given the documented health disparities among African Americans.

“Everywhere I go, I’m the only African American male psychologist,” said Dana Jackson, PsyD, a clinical psychologist based in New York City, during APA’s first virtual town hall to address the racism pandemic, adding that he has never had a supervisor of color.

APA offers a series of grants and fellowships for psychologists from ethnic and racial minority groups and convenes the Council of National Psychology Associations for the Advancement of Ethnic Minority Interests, which promotes career development for psychologists of color and addresses other equity issues.

But there are signs of hope, as the field is becoming increasingly diverse. In 2019, 38% of psychology graduate students were from racial or ethnic minority groups and 12% were African American (The State of the Psychology Training Pipeline and Workforce (PDF, 2.90MB), APA, 2018). However, there’s still room for improvement, Theopia Jackson says.

She recommends rewarding psychology training programs for graduating students of color—not just enrolling them—to better incentivize program leaders to provide ongoing material support and mentorship for students in need. In addition, undergraduate and graduate program curricula should be modified to include diverse literature—such as the scholarship of the Journal of Black Psychology—and minority psychological associations such as ABPsi should be authorized providers of continuing education on par with APA, she says.

Such changes will elevate the voices of black scholars, further diversify the psychology workforce, and ensure that the field’s priorities incorporate multicultural values and perspectives.

Having more diverse voices and experiences in the science, education, and practice of psychology adds to the richness of our profession, and ultimately will have a more profound impact on our society, notes Kelly.

One of APA’s commitments is to facilitate dialogue across the field about racial injustice, both within various racial minority groups and across racial lines.

“It’s important for APA to be an example of how an organization can look at itself internally,” said organizational psychologist Catherine Learmonth, PsyD, during the virtual town hall.

That should involve discussions among members about white privilege and white fragility, she said, referring to the discomfort many white people feel when discussing race and racism.

Along the same lines, other members urged APA’s task force to craft guidelines on how organizations can leverage psychological insights to conduct effective anti-racism training, which is likely to be a top priority.

“That should include being very clear about systemic racism and how this system is designed specifically to be invisible to white people,” said Shawn Garrison, PhD, assistant professor and director of counseling services at Morehouse School of Medicine in Atlanta, during the virtual town hall.

In the vein of responses to national emergencies such as 9/11, state, provincial, and territorial psychological associations might organize teams of emergency mental health providers to aid communities facing race-related stress around protests and policing, suggested Lori Naughton, PsyD, a clinical psychologist in Michigan. Psychologists are already providing those services in some areas, but such efforts aren’t typically coordinated at the state or national level.

Finally, psychologists should work to create healing opportunities for people of color that address “the cultural trauma that has been going on for the past several hundred years, the day-to-day racism-related stress, and transgenerational trauma within families,” said Myra Miller, PhD, an environmental-conservation psychologist based in Santa Barbara, during the town hall.

Miller’s dissertation documented the overdiagnosis of schizophrenia in African American populations (Miller, M.J., ProQuest Dissertations Publishing, 2010). At this current critical juncture, she says, it’s particularly important that psychologists be sure to avoid such diagnostic bias and instead provide services that are culturally relevant for racial and ethnic minorities. 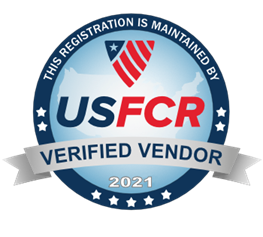